Fightland: Fucked Up and Crazy 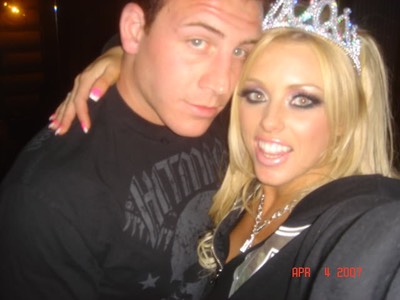 January 13, 2006.  It's a title fight.  Light heavyweight championship, World Extreme Cagefighting.  They tap gloves like friends.  He dropped to 185 and even though the other guy looks denser he knows he's got heavy hands for the class.  He comes out bouncing on his heels, feints with a right, weaves and bobs, and bang, he connects with that swinging right hand, and Scott Smith is on one knee and Justin Levens is thinking he'll go home a champion.  Smith struggles to his feet but Levens is there with the guillotine choke.  The choke doesn't go so Levens transitions to the back.  Smith worms out.  Levens slides to the canvas with Smith on top—but Levens is cool about it and plays open guard, and when Smith goes for a foot lock he goes for one too.  Then they're back on their feet and Smith lands a right, then a left, and Levens is on his back sucking in right hands with his face.  The ref knows what to do.  This fight is over.

His first loss.  Seven fights, Levens went undefeated.  But one loss—it's not the end of the world.  Another light heavyweight, 205 pounds, went on to win 13 in a row after his first loss; Evan Tanner took the heavyweight title of the Unified Shoot Wrestling Federation in 1998 and defended his belt seven times before moving on from the flagging Texas organization to join MMA's premiere organization, the Ultimate Fighting Championship.