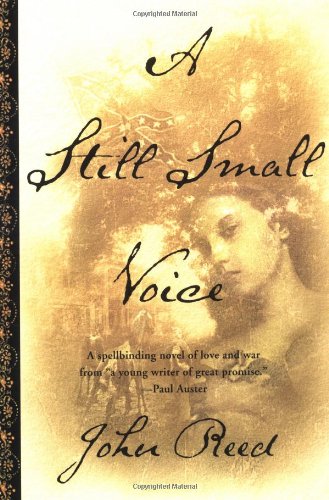 Written with a storyteller's grace and a poet's touch, John Reed's powerful first novel is a true adventure of the heart—at once a passionate love story and a sweeping historical saga set against a vivid backdrop of the Civil War....

The year is 1859 as seven-year-old Alma Flynt arrives in the Kentucky town of Cotterpin Creek to begin a new life. There, Alma will have as friends, neighbors, and benefactors the magnificent Cleveland family.

With their sprawling mansion and gleaming thoroughbred horses, the Clevelands are a wonder. But from the beginning, one Cleveland draws all of Alma's attention: the youngest son, John Warren.

Alma knew they were meant for each other from their first meeting. But everything changes as war descends on Cotterpin Creek, taking John Warren to battle and sweeping his family into the chaos.

Against this turbulent backdrop, Alma will come of age. And when the fighting is over, the story of a brave young man riding off to battle becomes a haunting journey of vengeance and redemption. And for Alma, yet another journey begins on the day a tormented young soldier staggers back into her life.

John Reed has woven a historical novel about hope and love that is touchingly told; A Still Small Voice verifies that if one has true faith in what one desires, anything is possible. —Suzan Sherman, Bomb Magazine

John Reed’s A Still Small Voice is a beautiful and poignant novel.  It lives in the details, which are so vividly and authentically right that they become part of our own personal experience ... our own memory.  Reed has distilled and concentrated the Civil War into the joys, sorrows, and faith of a girl coming of age during a dark and dangerous time. —Jack Dann

First-time novelist Reed leads us poetically through ... two decades, setting vivid details of the Civil War against the passions of a girl saying goodbye. —Glamour Magazine

John Reed’s prose style is a heady mix of restraint and exuberance.  In A Still Small Voice, Reed combines the attentiveness of a naturalist, the factual accuracy of an historian. —Matthew Sharpe

With gorgeous writing and a powerful sense of history, John Reed makes a stunning debut.  You'll fall into this remarkable novel from the first sentence.  Reed is a heartthrob of a writer, and A Still Small Voice shines with his passion. —Molly Peacock

Readers who enjoy an in-depth look at society during the Civil War will delight in John Reed’s A Still Small Voice. The story is filled with insightful tidbits and an interesting perspective of life in a border town. … An incredible historical character study. —Harriet Klausner