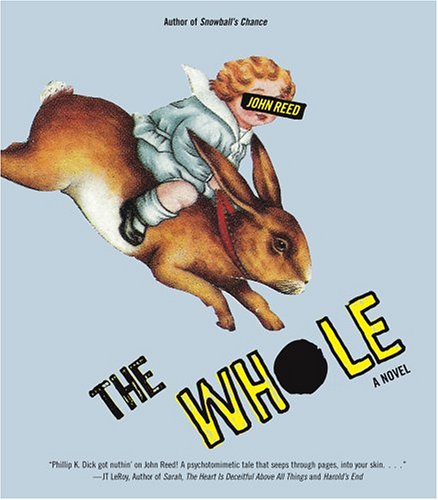 So begins the first in a series of bizarre events that take the beautiful-if-not-brainy Thing on a quest to uncover the truth behind the mysterious hole. Inspired by visions, signs, and an unlimited supply of pink cocktails served by an ever-lurking, mysterious "Black Rabbit," Thing and her dogged production crew travel around America—encountering Satanists, an Extraterrestrial/Christian support group, and a surprisingly helpful phone psychic—on a search for answers that could very well decide the fate of the world as they know it.

But the more Thing learns about the hole, her shocking connection to it, and the mind-boggling destiny that awaits her, the more she thinks that maybe human civilization isn't all it's cracked up to be—and that maybe it's about time to start over…

Satire at its most inventive and buoyant. ... It would have made Boris Vian grin and Lewis Carroll blush. —Donald Breckenridge, Brooklyn Rail

John Reed has been writing hard-to-classify books for over a decade, to great acclaim and sometimes greater notoriety. —Gee Henry, Bomb Magazine

One of the keenest thinkers of our time. —Shathley Q, PopMatters

John Reed excels in the realm of the strange. —San Francisco Examiner

A caustically brilliant satire ... as brainy as it is base, destructive as it is innovative and sweeping as it is sophisticated. —Graham Reed, Los Angeles Journal